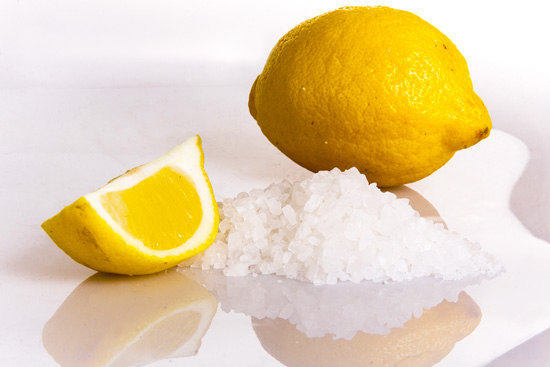 Today we will discuss about three of the key minerals which are salt, chloride and potassium since they are very closely related to one another. Minerals that dissolve in water are called Electrolytes, and these three are the most important ones.

What do these minerals do?

Potassium is mostly found inside the cells while salt hangs outside cells. When we consume food and drinks that contain water, the water has to travel through the blood before it can enter your cells. As a result, salt first hydrates the blood and the other extracellular fluids. Then potassium can use that water to hydrate the cells. It is actually far more hydrating to drink a glass of water with a pinch of salt and some freshly squeezed lemon juice. Similarly, it is more hydrating to drink a little of water while eating fresh food that naturally contain salt and potassium.

Potassium is needed to get rid of excess salt. Without it, salt accumulates in the blood causing the water content of the blood to increase. As the water content in the blood increases, it puts more pressure on the walls of the blood vessels, causing high blood pressure and swelling. Although the body will eventually return back to normal, this period of high blood pressure raises the risk of a heart attack or stroke. Adequate potassium will remove the salt from the system without the rise in blood pressure. Hence, it’s quite important to keep sodium and potasium in balance.

Sodium has a central role in digestion and absorption of nutrients. Sodium helps transport saliva into our mouth while both chloride and sodium are key to digestion in the stomach. Sodium is also used to transport digestive juices and bile acids into the small intestine. Additionally, it is also used to directly absorb glucose, the main carbohydrate and most amino acids.

Once the nutrients are absorbed, sodium is used in the kidney to prevent them from being peed out and it is very often used to transport these nutrients into our cells so they can be used. Sodium is used to transport many other substances, for example creatine. Sodium and chloride are also used to control the level of acidity (pH) in the body. They are needed to remove acids into the urine and to control the pH of different tissues.

There are hundreds of enzymes that depend on a certain amount of salt and potassium being present in their environment to have optimal activity. Potassium directly activates a number of enzymes.

Because electrolytes are so fully dissolved in water, loss of water for example during sweating or excessive urination can cause us to lose them and we need to replenish them. When it comes to salt our taste comes to the rescue. Our salty taste doesn’t just contribute to the enjoyment of food. It allows us to crave salt when our body needs it or to avoid it when we have gotten enough. It is well known that “salt licks” exist in nature, and many wild animals seek them out for the extra salt and other minerals. (See a very intriguing video of the ibex search for salt! http://bit.ly/2maSRlL)

Unfortunately, the current food culture is full of food that are rich in calories and poor in potassium. Grains are low in potassium compared to tubers like potatoes, legumes (beans, lentils and peas), fruits and vegetables. As our species have increased production, the amount of grain in the diet has increased at the expense of these other foods. Refining grains to make bread last longer and fluffier, has removed most of the potassium. Additionally, packaged food contain a huge amount of salt intentended to preservative and enhance flavor.

As mentioned already potassium and salt go hand-in-hand so it is more important to balance their ratios than the absolute amount of either one. However the general accepted daily AI for potassium is at 4700 mg/d for adults. If you consume potassium within the optimal range, you can salt your food for good taste and you can likely eat as much salt as you prefer without negative effects on your health. If you consume less potassium, adjust your salt intake.

Are you getting enough Salt?

All these are symptoms of not taking enough salt!

It is probably a good idea to increase your salt intake, which has many benefits

Things are not always as they seem. During Roman times soldiers were sometimes being paid with salt, while in WWI soldiers were given a daily ration of 10grams of salt!  Salt is a life saver especially in summer, to retain our key electrolytes which we lose through sweat.

How to get Potassium from food

There are many potassium suppliments, and most people would benefit from replenishing their potassium levels especially when training. Potassium Citrate is considered the best form to take.

Getting all the nutrients you need