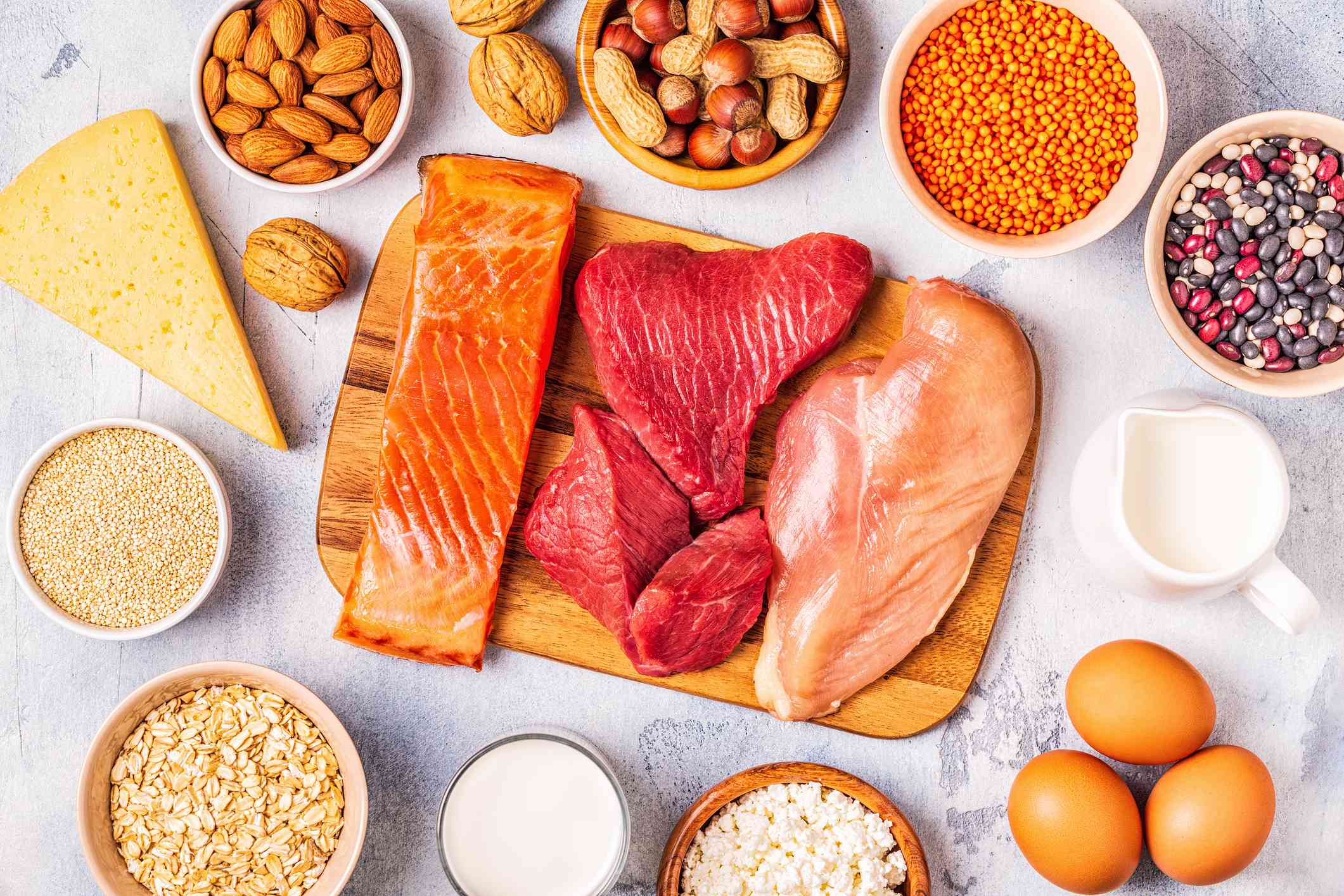 Protein is a very emotional topic and there are so many biases around it these days and so many camps. Vegans, carnivores, green house emissions and much more come into play.

However, the simple fact is that protein is the single most important macro for longevity. There is a lot of confusion especially in the women population around protein. Many connect protein to having big muscles. But this is not the case. Enough protein is essential for every single individual for their health and longevity!

So if you take something out this article is that you should prioritise protein by putting the protein you need in your plate always first! This is how important protein is!

Why do we need protein?

We need protein for everything.  For turnover but also for skeletal muscle.

Proteins are always being built up and broken down within our cells. Imagine protein as the raw material, or the building blocks for our body. If we don’t eat enough protein our cell can’t do their job. Over time this can lead to problems such as hormonal imbalances, depressed immune function, poor recovery and more.

Protein is also a critical building block of bones, muscles, cartilage, skin, and blood. Hair and nails are mostly made of protein, while our body uses protein to build and repair tissues. We also use protein to make enzymes, hormones, and transporting nutrients.

Sufficient amounts of protein will

Other reasons that come into play are 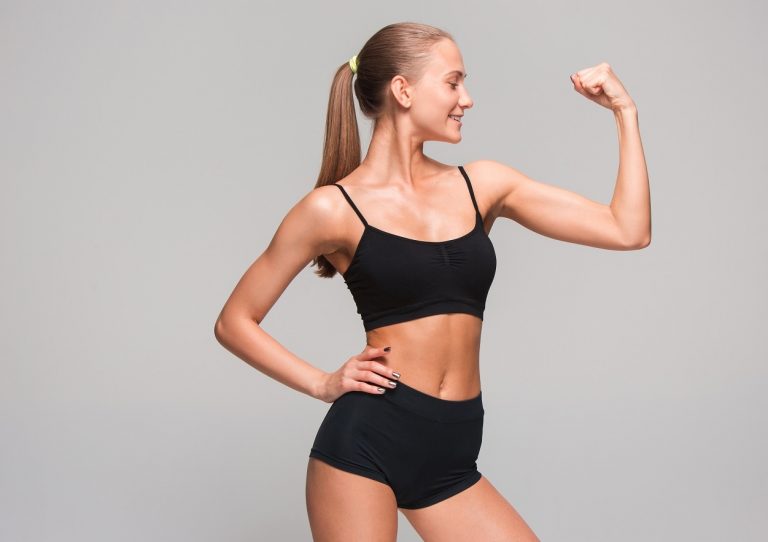 Let’s not confuse the word muscle with a bodybuilder. Muscles is what makes us mobile and active. We need healthy muscle to be independent, have less pains and fatigue. Are we on the same page? If yes let’s move on!

Muscle is the organ of longevity and we need to feed our muscles. We need to feed them with protein! For a muscle to be stimulated it needs branched-chain amino acids (BCaas). These are a group of three essential amino acids: leucine, isoleucine and valine that can’t be produced by our body and must be obtained from food.

In particular we need Leucine in sufficient amount in order to promote maintain muscle synthesis. When I state promote muscle synthesis, this includes both growth but also maintenance of our muscles.

In order to stimulate enough protein synthesis we need to get around 2.5grams of leucine in one meal. Imagine your muscles like a car. You need some sort of key to be able to turn it on right? Enough leucine is the key for your muscles!

How does this translate into actual food?

The issue as seen from the graphs above is the in order to get sufficient amount of proteins you need to consume an amount of plant protein that is far from optimal, since it will lead to an increased carb intake probably past the point one can tolerate. This will lead to overeating, more calories not to mention bloating and feeling stuffed.

You might think you can get away from not having enough protein. But this is not the case. Of course when you are young or growing one can manage and get away with more but this will catch-up with you eventually. That is why most vegans find it difficult to maintain their lifestyle as they age. Other issues that are related to lower protein intake are bone density, teeth issues and more. Having said that there is ongoing research if our own microbiome can create BCaas but that is just a theory for now.

Fact is that animal and plant proteins are not equal as they are needed in different amounts and as they don’t have the needed Amino-acids in the correct amounts. Just think of it this way. Plants make the right amount of protein for plants, but they don’t have muscles! 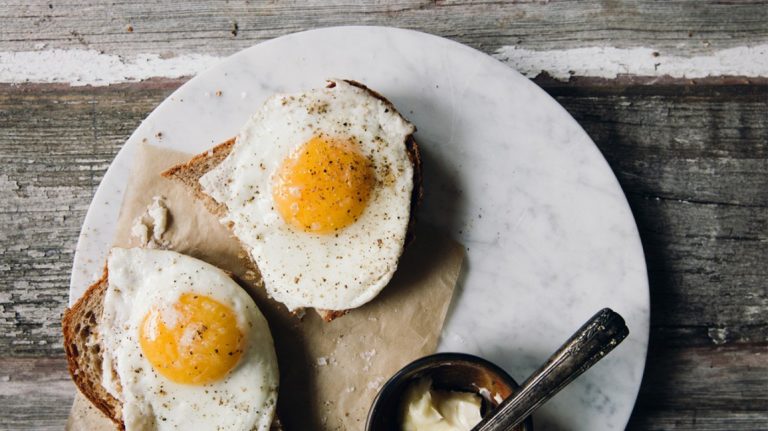 You have probably heard that higher amounts of protein are associated with an increased risk of cancer. This is actually not because of protein itself but of a compound called mTOR. The mechanistic target of rapamycin (mTOR) is a kinase that in humans is encoded by the mTOR gene, a potent growth stimulator.

mTOR regulates cell growth, cell proliferation, cell motility, cell survival, protein synthesis, autophagy, and transcription. But also promotes the activation of insulin receptors and insulin-like growth factor 1 receptors. What all these mean is that in the presence of mTOR we are having the growth switch ON, which also increases the risk of cancer.

What does that mean?

Here comes the really interesting part. Is protein intake relevant if you are doing intermittent fasting?

We know that it takes some time for the gut the relax and reset, and now that we want to trigger muscle synthesis but also that we don’t want to overstimulate mTOR and the growth stimulus. The basis is we don’t want to eat many small meals with carbs as we stimulate mTOR in the liver and we need to give a chance to our body to reset mTOR which takes 4-5 hours.

So how often should we then eat?

So how much protein do we want to eat in a day? The Recommended Daily Allowance for protein is 0.8 g/kg but that is not sufficient but also very simplistic as we have already seen so far.

On the other hand, excess protein does not translate to more muscle synthesis as some of it will be turned into sugar. Although not associated with kidney issues, I don’t see a need to overload the kidney.

So what is the sweet spot?

I trust it is now clear why we need to prioritise protein by putting the protein we need in our plate always first!