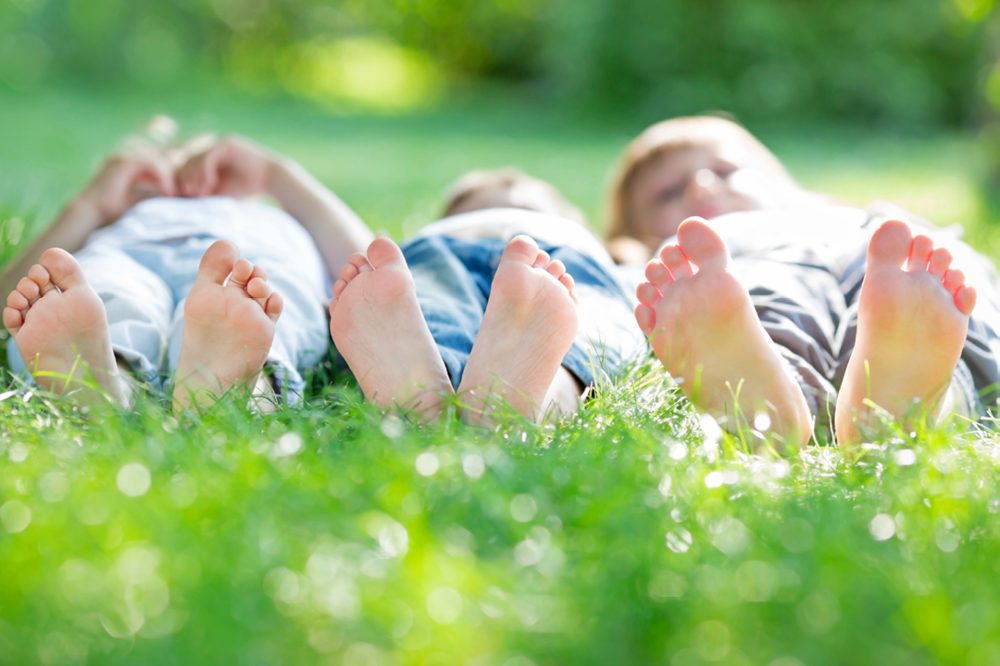 In those moments, you are grounded, a practise that has profound benefits based on the research done.

In short, earthing or grounding is putting the body in direct and uninterrupted contact with the earth. This means that skin needs to touch soil, sand, water, or a conductive surface that is in contact with the earth. Unfortunately we have drifted away from nature and connecting with it. We always want to be clean, we always wear shoes. That is not how we are intented to thrive. Let’s see why

From a scientific perspective, the idea is that the earth has a mild negative charge to it. Over time, especially in modern life, our bodies build up a positive charge. Direct contact with the earth can even out this positive charge and return the body to a neutral state. Grounding (or Earthing) allows a transfer of negatively charged electrons from the Earth’s surface into the body. Grounding neutralizes positively charged free radicals that cause chronic inflammation.

During the normal processes of metabolism the body generates what are called ‘reactive oxygen species’ which are commonly referred to as ‘free radicals’. These compounds appear to be important, at least in part because they have the ability to attack and destroy unwanted things within the body including bacteria and viruses. However, too many free radicals are a bad thing, and have been implicated in chronic disease and well as the very process of aging.

Free radicals are involved in the process known as inflammation, which is part of the healing process. However, low-grade inflammation throughout the body may lead to pain and other problems in the muscles and joints, and is also believed to be a key driving factor in many chronic diseases including heart disease and type 2 diabetes. In short, we want free radicals, but not too many.

Free radicals lack sparks of energy known as ‘electrons’. One way to quell them is to give them electrons, and these can be supplied by nutrients such as vitamins A, C and E, and plant substances known as ‘polyphenols’ (found in, among other things, tea, coffee, cocoa and apples). However, substances we eat and drink are not the only way to get electrons into the body: earthing does this too. If the body has a positive charge on it, earthing allows electrons to flow into the body where, in theory, they can neutralize overblown free radical and inflammatory damage.

Carrying a positive charge may well affect the body in lots of different ways, which means that earthing may offer a range of wellbeing benefits.

It creates thinner blood which reduces blood pressure by having a surplus of electrons in the with red blood cells.

Earthing is the easiest and most profound lifestyle change anyone can make. The research that has been done so far, has shown some amazing results.

Looking at the before and after images, that it’s pretty obvious that one of the most dramatic demonstrations of the benefits of grounding is the effect it has on the inflammation.
The body will be able to do its job easier (and better) from getting more free electrons by grounding.